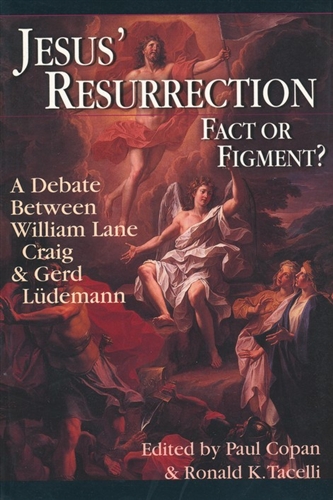 Was the resurrection of Jesus a fact of history or a figment of imagination? Was it an event that entailed a raised and transformed body and an empty tomb? Or was it a subjective, visionary experience-a collective delusion? In the view of many, the truth of Christianity hangs on the answer to this question.

Jesus' Resurrection: Fact or Figment is a lively and provocative debate between Christian philosopher and apologist William Lane Craig and New Testament scholar and atheist Gerd Ludemann. This published version of a debate originally set at Boston College invites the responses of two additional scholars on either side of the issue. Robert Gundry, a New Testament scholar and Stephen Davis, a philosopher, argue in support of a historical and actual resurrection, while Goulder and Roy Hoover, both New Testament scholars, offer their support for Gerd Ludemann's view that the resurrection was based on a guilt-induced visionary experience of the disciples.