Topics/Science/Evolution: A Theory in Crisis 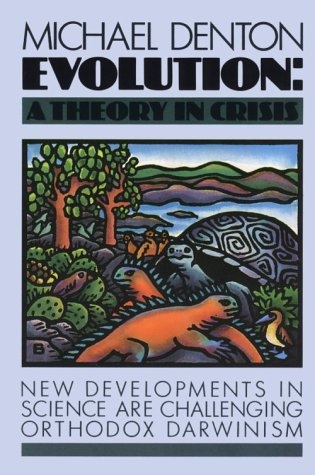 Evolution: A Theory in Crisis

Limited quantity remaining. The product may be placed on backorder.

The idea of evolution is the keystone of our modern world view. Yet the theory propounded by Darwin and elaborated into accepted "fact" by the scientific establishment is coming under increasing fire.

This authoritative and remarkably accessible book by a molecular biologist shows how rapidly accumulating evidence is threatening the basic assumptions of orthodox Darwinism. Although the theory appears to be correct regarding the emergence of new species, its larger claims to account for the relationship between classes and orders, let alone the origin of life, appear to be based on shaky foundations at best. Not only has palaeontology failed to come up with the fossil "missing links" which Darwin anticipated, but hypothetical reconstructions of major evolutionary developments--such as that linking birds to reptiles--are beginning to look more like fantasies than serious conjectures. Even the currently popular theory of "punctuated equilibrium" cannot adequately fill in the real gaps we face when envisaging how major groups of plants and animals arose.

Dr. Denton's book sets out to explain the gathering evidence against evolution in its traditional form. It is a clear account of a growing crisis in biology and enables us to understand why an increasing number of research scientists are questioning strict Darwinism.