Topics/Science/Shadow of Oz: Theistic Evolution and the Absent God 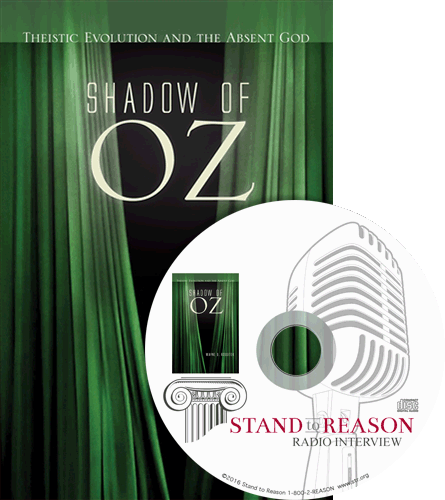 Shadow of Oz: Theistic Evolution and the Absent God

In the century and a half since Darwin's Origin of Species, there has been an ongoing—and often vociferously argued—conversation about our species' place in creation and its relationship to a Creator. A growing number of academic professionals see no conflict between Darwin's view of life and the Christian faith. Dubbed "theistic evolution," this brand of Christianity holds that God has used processes like Darwinian evolution to achieve his creation. But is that true? Can Darwin's mechanism of natural selection acting on chance mutations be reconciled with God's intentionality in producing particular outcomes? Does humanity represent the apex of his creation, or just an erasable and ephemeral signpost along a path still being revealed? Does theistic evolution permit God to intervene supernaturally in the workings of his creation? Can we as humans be made in the image of God if we are just one of the millions of products of evolution? Can we salvage concepts like freewill, meaning, purpose, or an eternal soul within theistic evolution?

In this book, Wayne Rossiter assesses theistic evolution, and whether or not it is consistent with Christianity and secular science. His conclusion is that it bears little resemblance to classical Christianity, and promotes a century-old understanding of evolutionary theory. Theistic evolution renders God a passive player in creation, so far removed and undetectable that he resembles a mere shadow of the Creator described in Christianity.